Finally! Finally I made my first decent trip in The United States – I visited two wonderful places on the West Coast. . . And today I’ll tell you about the first one – San Francisco.

Sincerely guys, traveling is a wonderful activity itself, but the best part of it is —-> p e o p l e . My trip to the beautiful and  hilly city wouldn’t have ever been the same without my foreign friend whom I met there. And yes, we became friends because of traveling! About one year ago I met Lewis in Belgium where we both had exchange program and studied   Tourism Management. Just few days ago we met again on the other side of the world, but still sharing the same memories and excitements.

Even though we spent only two full days in SF, we managed to see  most of the cities highlights (at least in my opinion we did…) and experience little bits of BIG CITY LIFE. So have a look at my little photo reportage… ‘Couse pictures speak for me… 😛 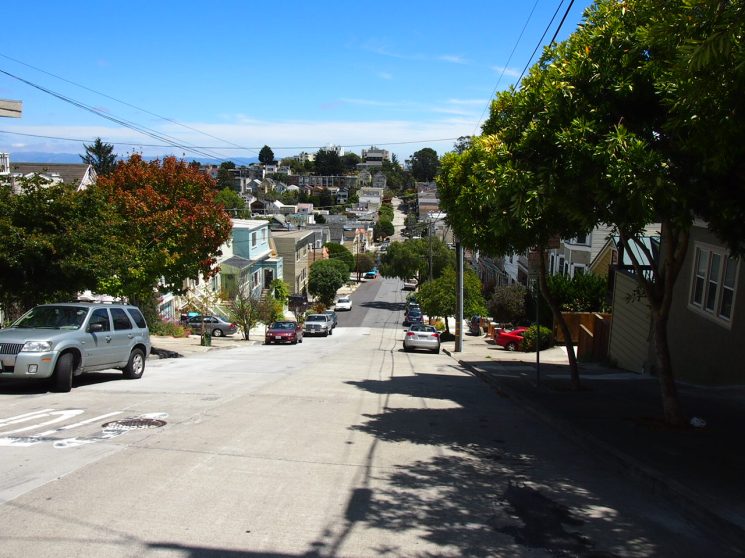 If you live in San Francisco, you have to be fit, because hills are everywhere… 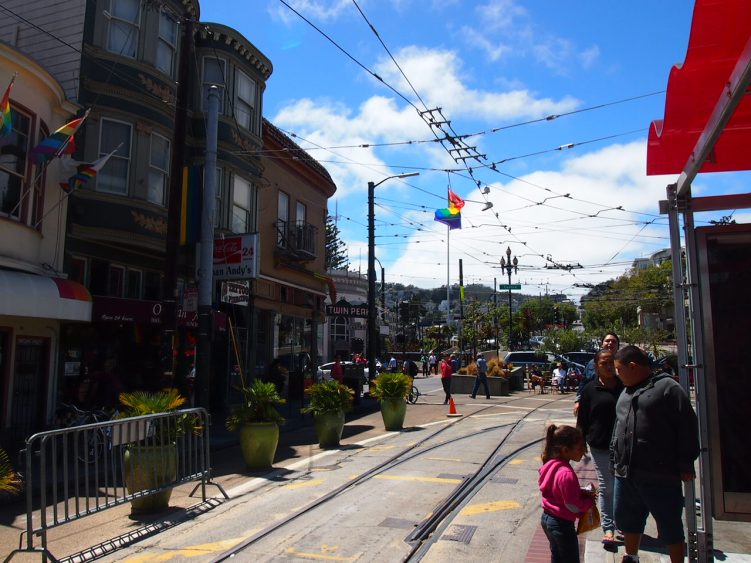 All the city is surrounded by water, because it is in the Bay. And nope, this is NOT The Golden Gate Bridge yet. :p

For sure (!) we visited China town too… But it didn’t impress us so much.. So we went to dine at The Cheesecake Factory…

…and… That surely was our dinner. OMG. I don’t think I have to say anything more… 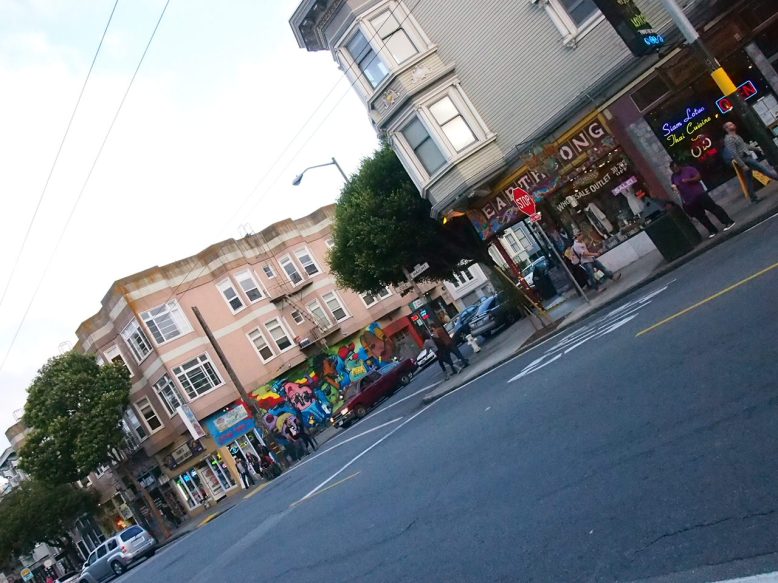 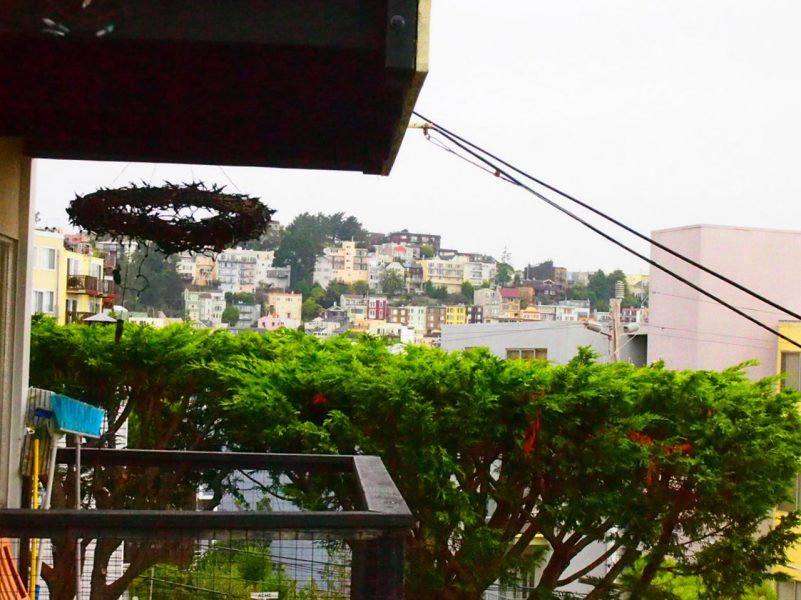 I don’t want to brag about it…but… in the pictures above you can see what kind of view we had (while we stayed in an apartment next to the Castro street) :P. 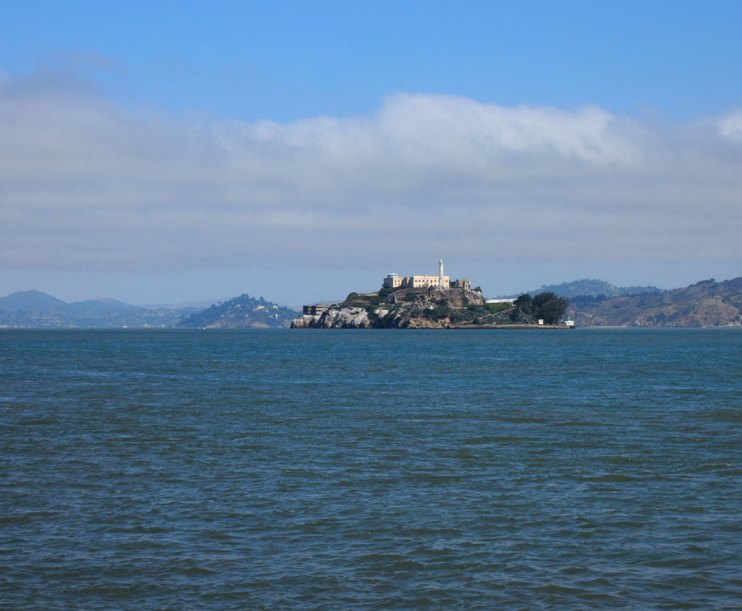 Ooooh. One of the most famous prisons in the world – The Alcatraz. Earlier people tried to escape the prison, now they pay to get into it. 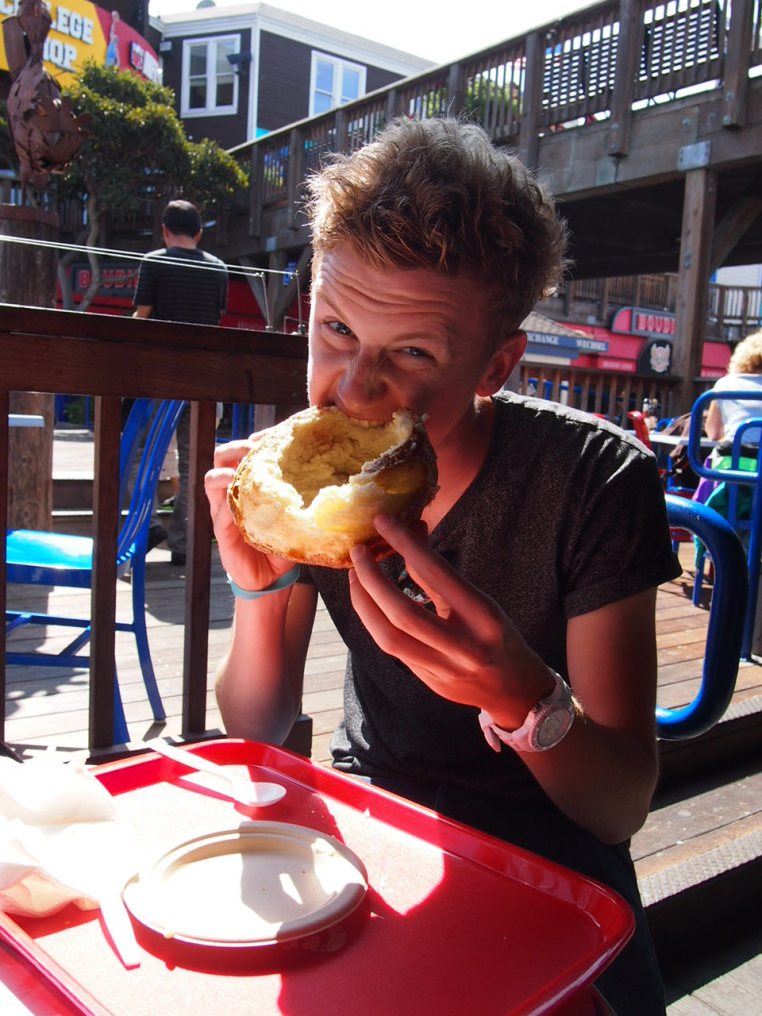 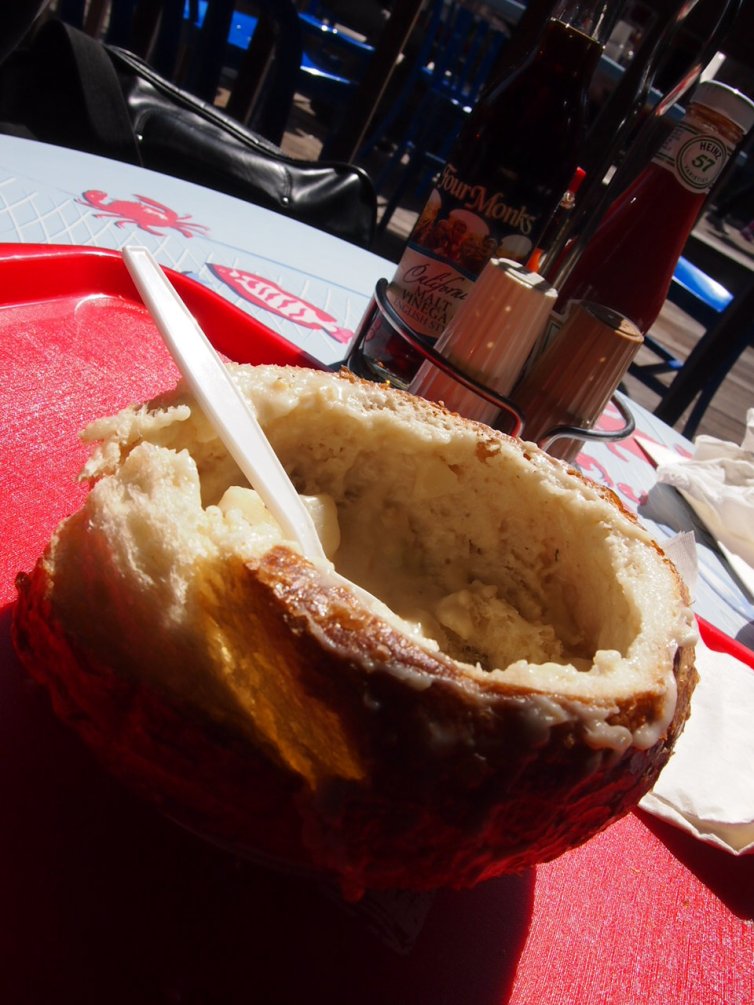 San Francisco is all about food. You can see millions of cafes and restaurants all around the city. Food kiosks and etc. Clam chowder – is one of the cities specialties. It is a soup served in a sour dough bread bowl. It usually consists of clams, diced potatoes, onions and celery. It is soooooo good, that you literally want to eat the bowl. ;)))

Famous trolley of SF. First appeared in late 19th century and was aimed to help people surpass the hills. (again? yes… told ya, hills are all over the city!!!)

“The Palace of Fine Arts in the Marina District of San Francisco, California, is a monumental structure originally constructed for the 1915 Panama-Pacific Exposition in order to exhibit works of art presented there.” This is what Wikipedia says. I didn’t want to mistake you guys. Sorry. Later I’ll be more original.

And FINALLY —-> The Golden Gate Bridge. Nothing more to say. The main cities highlight. Actually pretty impressive. Have a look. It WAS really beautiful to cross it by a bus with no roof…

What else I could say about this trip to San Francisco… It was really relaxing, even though extremely unexpected, which was probably the best thing for us to happen. During 4 days we changed 4 different apartments, we traveled a lot by trains, buses, taxis and cars… Of course we walked a lot… But. B U T. We didn’t feel any stress. It was always easy and chilly. Thanks to my friends and myself that we’re so cool. It was an amazing trip with lots of new things to learn and new activities to try, but wait…. You’ve only heard half of it!!!

P.S. Last but DEFINITELY not least. ! I AM EXTREMELY PROUD OF MYSELF because of this very last picture you’re about to see.

5 thoughts on “Chill on a hill* Part 1: San Francisco”